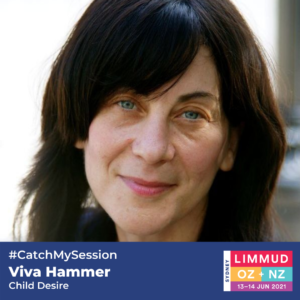 Child Desire: Jewish fertility, birth control and reproduction of the Jews
Have you ever thought about how many children you want to have? Do you regret that you had too many children or too few? Did you know Jews led the world in controlling births and keeping their families small? But there is one Jewish group that’s going against the trend of small families. Come and find out which Jews have child desire and which Jews do not and why.
(Password: Limmud2021!)

Working together, we can redeem the world ACT 2021
At the ACT Community Center, on Shabbat Shushan Purim, Viva spoke on women and leadership.

“Taxes, Audits and How to Be Prepared,” Associated Builders and Contractors Institute, Orlando, October 2009.

“Issuing or Amending Your Debt? Beware the Taxman! Tax Pitfalls in Issuing or Amending Debt during the Credit Crisis” Association of Financial Professionals, Webinar, April 2009, speech received highest ranking from participants of all AFP seminars for the period.

“Big Changes for Munis and the Interest Deduction? the People’s Savings case: How much of a revolution is the PSB case in the way we think about banks getting interest deductions and owning munis?” American Bar Association, Washington, DC, May 2008

“How Should a Corporation Strategically Review its Capital Markets and Financial Activities?”